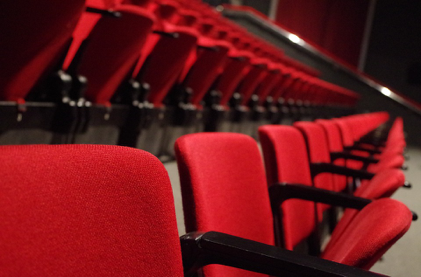 So, here’s the deal. I like movies. But who doesn’t, right? I mean, who doesn’t have Netflix? (Actually, I don’t, but I beat myself up about it if that makes you feel any better about it.) It’s almost unsettling when you meet someone who doesn’t care for movies in general. Typically, I don’t believe them. I mean, it’s an industry born and bred in the States. It’s part of our heritage; it’s part of our DNA. Dare I say it; the idea is un-American. YOU tell me, what bothers you more: Communists or people who don’t enjoy movies? I think I just proved my point. I think.

Of course, some people prefer “the outdoors” or “reading books”. It’s a waste of time if you ask me. If I can’t view my nature from a letter box framed by the likes of Terrence Malick, I don’t want it.

I fear that I’ve already said too much…*sob* I have a confession… *sob* *sob*…I like the artsy fartsy stuff, and classics too… Don’t get me wrong, I like gratuitous violence in my movies from time to time, but it isn’t my bread and Bergman (confession #2: I’ve never seen a movie by Ingmar Bergman, I just wanted some wordplay). 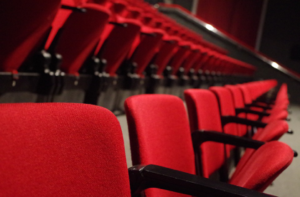 So, if you’re looking for something other than today’s Hollywood fare–whether you’re adventurous, pretentious, or an old soul about your movie tastes–Grand Rapids really is a great place to get a serving of what you’re looking for! There’s a surprising number of venues for that kind of thing if you know where to look.

Without further ado, here’s where to look for Indie/Classic/Artsy-fartsy movies in GR:

What could be better than a Tuesday filled with a classic movie in a classic theatre? If you happen to find yourself with time on your hands at 8pm, consider stopping by the ol’ Wealthy Street Theater for a flick. The movie fare is a wide variety of crowd pleasers and cult classics. I saw Fight Club there and loved it. It’s a quaint theater with plenty of old theater charm.

Extra perk: Do you like beer with your popcorn? CMC Members get bar privileges. Learn what that acronym means and how to be one here. 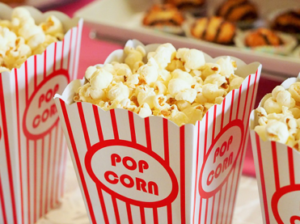 Following the calendar week, on Wednesdays you can find legit classic movies at your local Celebration! Cinema North (for those who are directionally disinclined, you may have been to this theater if you’ve seen anything in Imax lately).

I’ve been pining to go to one of these, they sell Founders beer in the screening area itself during the movie, and the tickets themselves are only $2 (21+ only). Honestly, I can hardly believe it’s a real thing; if someone were to design a way to lure me into a trap, I don’t think they could think of a better scheme.

However, there is a caveat to this recommendation, the current series is over, BUT Founders and Celebration! keep doing this with new movies. I’m in full faith that we are only in a temporary hiatus between series. If I’m wrong, then I’ve wasted your time. You’re going to have to deal with that one day.

“The Cheap Theater,” aka: Celebration! Woodland

If you haven’t heard the term before, then you’ve heard it now. Celebration! Woodland is the theater at Woodland Mall that plays movies that aren’t quite so new to theaters but aren’t quite out on video yet, and they do it for cheap. (just hum the words Cheap movies, seen dirt cheap to AC/DC’s “Dirty Deeds”)

But there aren’t just stale Hollywood flicks for cheap, there’s fresh Indie films that you likely wouldn’t find anywhere else! Especially around Oscar season, many of the movies that you will see nominated for Best Picture will be playing there. Regular tickets for these are $6 for College students/ $9 for adults. Check it out!

Now that we’ve made the transition to Indie side of GR’s offerings, we have now arrived at the Urban Institute of Contemporary Art. You may have noticed the scrolling Movie posters in the window next to their entrance, this is because there is a theater down in the depths of the UICA on the lowest floor of the building–complete with concessions.

As you know by now, The Cheap Theater has the Indie’s too. However, if you’re looking for the road less traveled, something with less accolades, or even something a little bit weird and/or unsettling, this might be the place for you to look. Of course, the movies vary and they play classics, and host other events here from time to time. Tickets are $8 for non-members.

Movies in the Park @ Ah-Nab-Awen Park

It’s hard for me to rank the best place to see a movie, and I know that I wrote that Terrance Malick “I don’t need real nature” line up the page, but there something magic in watching movies in the outdoors, and Movies in the Park does it right! For those of you who haven’t, Movies in the Park is the wonderful event at Ah-I-Can’t-Pronounce-It Park in downtown GR.  They play classic movies for FREE on a big screen and hundreds of people attend. There’s food vendors, and you can bring a 6-pack (just stop to the tent with the 21+ wristbands), and they even give out free movie posters made specifically for the screening in exchange for filling out a survey. Neato! Here’s a peak at this summer’s movies: 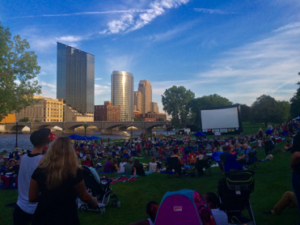 So, those are all my GR movie secrets. Be blessed in your movie watchings. Ya dig?

Want to join the discussion?
Feel free to contribute!

I scream, you scream, we all scream for ICE CREAM.